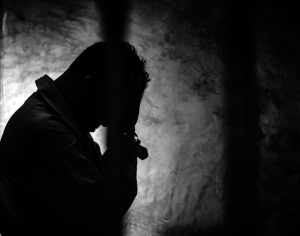 When just a boy I stood there at my Mother’s knee,

Beaming down into my face she said a Patriot I would be.

She told me heroic stories of times long ago,

When Ireland’s sons fought for her against a savage foe.

I learned the language of the Gael being our mother tongue,

Everyone was proud of me, more-so as I was young.

I always knew of Sarsfield’s ride through the dark of night,

To spike the Williamite guns before the coming fight.

I read about that glorious stand back in nineteen sixteen,

Had I been alive then, that’s where I would have been.

Growing up a young man in this northern state,

Knowing Ireland’s history, with venom I did hate;

All those men not as I, the Forces of the Crown,

It was just then that I perceived for it to be my fate,

To fight these cursed foreigners and they eradicate.

So, I was sworn to soldier for old Ireland’s cause,

To aim for total victory and never stop or pause.

With enthusiasm I listened and learned my bloody trade,

In striking blows for Ireland; others were in the shade.

I used the bomb and bullet fired from the Sniper’s gun;

Proud was I a Soldier, my Mother’s Patriot Son.

Then one night as I did sleep, they came and captured me,

Breaking the door of my abode before I could shoot or flee.

Reflecting now on past years in this prison cell,

Baptised in fire, but now mature a story I must tell.

In this place are Orangemen, prisoners of their kind;

They’re Irishmen just like me, to this I’m no longer blind.

It is to them I now relate in our common plight,

And a shame that we ever each other had to fight.

So, when you speak to children avoid talk of all past wrong,

Teach them with care and wisdom wherever they belong.

Patriotism is fine and well a dream within your head;

Don’t do as I have done, with people maimed and dead.

1 thought on “THE PATRIOT”