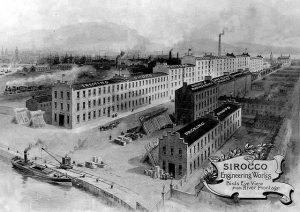 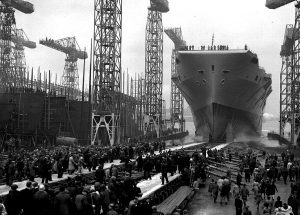 For over 200 years, engineering and related endeavours evolved and bloomed in our industrial heartlands, with thousands in each region earning a living by the skill of their hands, which they passed down to subsequent generations. These workers along with the Farmer were the productive base line of the nation, supporting the infrastructure, also those who perhaps saw themselves as of higher station in life.  No effort however was made to retain our great industries when Financiers and Industrialists saw opportunities elsewhere to fill their coffers on the horse of cheap labour. Politicians appeared oblivious of the trend, but as few of them have any experience of industry and skill it is hardly surprising.  Abundant manual skill and knowledge of millions of people in the British Isles has been the casualty, with inherited links broken.  Nearly everything we now use is manufactured elsewhere. Consequently, our dexterity has been eroded and reduced to a shadow of its former self, trapping us in a dependency to other nations for lots of our everyday needs.

O where have they gone these ones of the past?

From the Tyne, Birkenhead, the Clyde and Belfast.

Come away from such work the ‘Powers’ did decree

All can be got cheaper from over the sea.

Where the wages are low and the people are smart,

To learn all the skills that we can impart.

Who knew naught of steel, propeller or anchor,

An abundance of skill sunk in the chasm of time,

Now only recalled in this little rhyme.